Integrity and Honesty Only Lead to: Bullying in the Workplace

With all the talk of bullying regarding children I wanted to touch on bullying in the work place. It might not seem that bad to some but if you are on the other end of the bullying it is extremely difficult and can cause a person a lot of undue stress and pain. It certainly makes it hard to get through each work day and lets the wind out of your sails.  I speak of this because it happened to me this year and I lost a position at work that I am good at and I love.

Last year was my first year teaching and I landed my dream job, teaching gifted education. I got in on a waiver and was told I had two years to complete classes and take the gifted exam. I tried to start my college classes at a college in the state where I work  the first year but they cost $900+ for out of state tuition, there was no funding, no loans, just me paying cash up front because I hold an MA degree. Well, I could not afford that. So I asked my superior at work if I had to take the classes the first year and he simply said "you have two years" in the tone of " I told you that you have two years, what part of that did not not understand?" That said,  I assumed that I had the two years. I did try to sign up for classes again at the college my supervisor suggested in the spring but found they would only be offered based on enrollment.  So, I began classes in the form of a Master degree this past summer at the same online university where I completed my Master degree in education and will be done within the two years my superior originally said that I had.

I loved my job, I was excited, enthusiastic and ready to "change the world."I had so many plans for my students, I had great ideas and could not wait for them to unfold. Once the bullying began I began to struggle with making it through the day but still had that enthusiasm...for a while. In the end though, they have deflated me and taken the breath out of my passion. So now I will tell you all about the bullying I experienced that has taken me from and excited new teacher to a burnt out teacher after only a year. A once enthusiastic and passionate  teacher  who is now struggling just  to make it through the year.

My license is for K-8, my new superior, not my principal but a person from administration, told me I had to case manage high school kids. I contacted someone at state level for other reasons but asked her about case managing gifted high school students with a K-8 license, she told me I should not do it because it would  violate my license. I told this to my superior and showed her the e-mail I received from the lady at state level but she told me I had been deceptive with the lady at state and ordered me to case manage the high school students again. I then called the state licensing bureau and was told by three people at the licensing bureau it was a violation of my license to even case manage any students at the high school level. I was not qualified since I hold a K-8 license.  The superior at administration in a round about way told me I was a liar, told others in administration I am a liar. This person also accused me of being insubordinate and my job was on the line. I was told that her superior had stated if I did not do this I would lose my job. I was accused of not wanting to work. All because I was trying to do what was legal and right. All because I also cared about my school district and did not want them to be fined either because in the end if they are fined the kids are the ones who suffer.

This bullying lasted for almost two months. The administrator would tell me that I was being dishonest and that I had to do what she was saying I kept telling her to call the people at state but she for some reason she would not call or message anyone at state level.until after I involved the union.

I had been trying to get documentation from the licensing bureau in regards to what I had been told but no one was responding to my messages. I finally messaged someone different and received a written response confirming what I had been saying all along. Once the lady at administration received that information she did order me to stop working on the paper work for the high school students. I had finally given in to the bullying and was doing what I believe was illegal and wrong because I was given a direct order from other superiors. I was told I would lose my job and I could not afford that.

I had a meeting with union, HR and the lady in administration. The lady at administration stated that the licensing bureau and people at state level were wrong and I could case manage high school students. She said she was having the entire issue researched.

That very afternoon my gifted waiver was denied. I believe that the woman at administration worked hard to have my gifted waiver denied for this year and well, I am no longer a gifted teacher.  Union and the state worked on things so that I could have gotten my waiver approved because I proved I had tried to take classes and was working on classes currently but the district would not give me back my positron so, that was that state said there was no need to renew my waiver this year.

The woman at administration who bullied me caused me many tears, she caused me to feel inadequate, she made me doubt myself, I had sores in my mouth and  suffered high levels of stress. The only things that kept me going were my family, the students and friends at work. But it has not been easy. Those in administration above this woman never came to me to find out what was going on, they just believed her, threatened my job and told me to do what was illegal or else.

This entire thing did not only effect me, it caused other staff a lot of undo stress and did in the end effect the students too. No one seemed to care about them at all. Those in administration did not appear to care about their needs. They just wanted to be right, legal or not, and were going to get their own way no matter who it harmed. 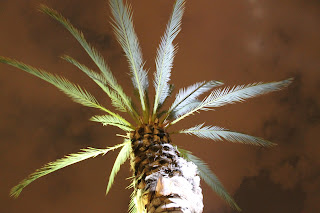 If this type of bullying and treatment had happened to someone who was maybe emotionally unstable, who knows what they might have done. If it had been someone suicidal, yes I can see how they might have decided that it is not worth it. It was that bad! Thankfully I am not a suicidal person but there were many times I just wanted to lay in bed and not get up. I am OCD and noticed a lot of my issues that have been gone for years resurface. I also have been off of Prevacid for years but felt the need to start taking it again.

It is very sad that those at the administration level do not want those who work for them to be honest people, they don't want teachers who are thinking of the school district and the students (if the school is fined, the ones who will suffer are the kids), they don't want someone who really cares about what is legal, right, honest and best. It is apparent they just want the "yes" man or woman who will do what they are told no matter what.

I am no longer being bullied but that is because I am no longer the gifted teacher, they not only bullied me but stripped me of that too. I was told that the district heads have a horrible impression of me as someone who just does not want to work and yes that hurts and yes there have been many tears because that is not the person I am

One of the people at administration even had the nerve to  stop me in the hall one day and tell me  this was all God's plan. She said it all worked out how He wanted it to.  I was floored, God wanted me bullied, He wanted me to lose my passion for teaching, He wanted our kids hurt,  I don't think so and I was extremely offended that she would even mention God in this. She had no right at all.It actually worked out how they wanted it, they were playing a game that they were going to win no matter what the cost. God does not play those kind of games.

Would I do it again? Would I stand up for what is legal, honest and right again? Nope, if I had it to do over again I would just be the "yes" man and do what I was told. I would make sure my own license was protected but I would not worry about anything else but myself because integrity and honesty only lead to bullying in the workplace and it is not worth it to fight the bullies because in the end they will persevere over honesty and integrity.
Posted by Kim Miller at 5:32 PM